The company has announced the appointment of Charles Cormack as Chief Executive Officer of Marquis Marketing, following the decision of current Marquis Group CEO, Larry McHugh, to resign from this position.

This internal succession of Mr Cormack was carefully planned and considered, with Mr Cormack having served as the General Manager of Marquis Marketing for the past four and a half years and bringing more than 20 years of senior executive experience to the role.

“I am taking on the mantle of CEO at a challenging time for the macadamia industry, with global economic headwinds, supply outstripping demand and low farm gate prices, says Mr Cormack.

“We have a lot of hard work ahead of us over the next 12 to 18 months to stimulate new global macadamia demand and bring it back into balance with supply, but with a great team behind me, I am confident we can stabilise the market through 2023 and return to steady, sustainable growth beyond that .”

Before joining Marquis, Mr Cormack spent five years as Chief Operating Officer for an international dairy trading business. He started his career in the engineering sector before spending 20 years in general management and managing director roles across Asia with a large multinational sales and customer service focused business.

Marquis Marketing’s Board of Directors has also welcomed a new Chair, Donald Ross. Mr Ross brings more than 30 years of experience in the macadamia industry to his new position, after developing several farms in the northern rivers of New South Wales and the Bundaberg, Queensland region.

“Charles is well placed to drive the established strategy and mission for Marquis Marketing with the support of the board and the wider executive team”, says Mr Ross.

Marquis Marketing is in a solid position under Charles Cormack’s leadership. He will continue to drive the development and nurturing of partnerships with blue-chip customers and distributors worldwide, as well as open and develop new international markets. 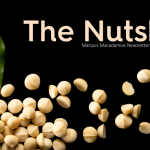 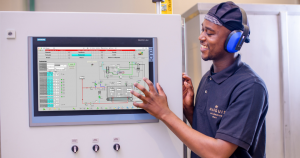