Following significant inflows into Paradise Dam in the past fortnight, Sunwater announced that high priority irrigators in the Burnett sub-scheme and all customers in the Kolan sub-scheme were also allowed 100 percent of their allocation.

After nearly five months of only having a water entitlement of 22pc, local irrigators on the scheme have welcomed the news of the allocation increase

Bundaberg macadamia grower Andrew Lewis is very pleased the dam is full, but would like to see the water in Paradise Dam managed carefully, so growers can have confidence in a reliable water supply for years to come.

“We’re so happy that Paradise has finally had some major inflows,” Mr Lewis said.

“The most important factor for a tree crop like macadamias is a reliable water supply. There is nothing worse than erratic announced allocations which make it very difficult to plan ahead.” 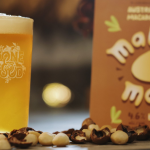